Enterprise welcomes with pleasure the great success confirmed by AF Corse and Scuderia Ferrari at the 24 Hours of Le Mans which was won, for the third time, by the Team led by Amato FERRARI.

In fact, the Ferrari n. 51 by AF Corse, with professional drivers Alessandro Pier Guidi, James Calado and Daniel Serra at the helm, has won the 24 Hours of Le Mans in the LMGTE Pro Category.

The team also defeated the very fierce competition formed by Porsche, Aston Martin, Ford, Corvette and BMW. The number of cars lined up by competitors against the only two AF Corse Ferrari 488Evo was worth nothing.

The consolidation of the twenty-year relationship that links Enterprise and AF Corse, also for 2019, has seen its "highlight" on the Enterprise Day, a day on the track where Enterprise and his friends were able to drive the legendary Ferrari 488 with support of the AF Corse Drivers. 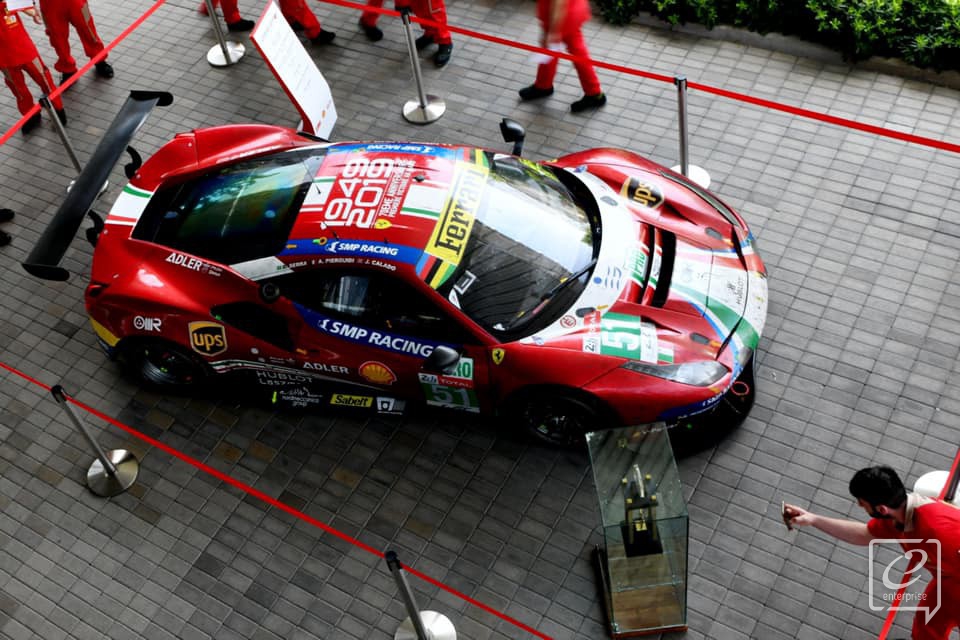